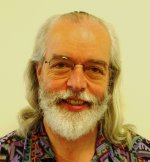 President of the Shap Working Party on World Religions in Education

Clive has been a Chief Examiner for Religious Studies A Level, has a Masters degree in Hinduism and Islam and is widely recognised worldwide as a Jewish educator, both within and outwith the Jewish world. He has been a secondary school Head, Deputy Director of an LEA and an advisor to the DfE on Curriculum and Examinations, particularly in the field of RE and RS. He is currently President of the Shap Working Party on World Religions in Education and was for many years the editor and compiler of their Calendar of Religious Festivals, comprehending the special occasions of over 17 traditions. He has recently published ‘Judaism GCSE, the Definitive Resource’.