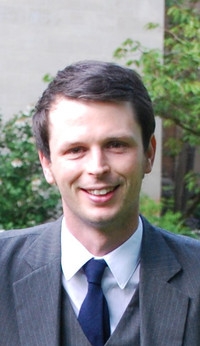 I grew up in a small town on the South-West coast of Australia. After finishing school I went on to study History, English and Education at the Universities of Western Australia and Melbourne. Along the way, I spent considerable time working in the Australian museum and arts sector and travelling around the country playing music. In 2008 I arrived at Exeter College to take up a DPhil in Global and Imperial History under the supervision of Dr. John Darwin. During this time, I was a Rae and Edith Bennett Travelling Scholar (2008-2011) and Beit Scholar in Commonwealth and Imperial History (2011-2012). In 2012 I joined Corpus Christi as the M.G. Brock Junior Research Fellow in Modern British History. I am also a Research Associate of the Oxford University Centre for Global History, and a co-founder and convener of the Oxford Transnational and Global History Research Seminar.

in The Modern World and Australia 1918-Present

The Rising Sun: Australia and Japan

Victory Girls: WWII and Australian Women on the Homefront

A New World?: Australia and the Universal Declaration of Human Rights

Land of Milk and Honey?: Postwar Migration to Australia