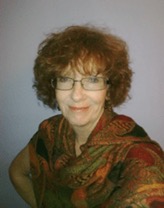 Mary gained her BA in English and Theatre Studies at Lancaster University, then spent some time in journalism before taking a Post-Graduate Acting Diploma at The Drama Studio and a Licentiate in Speech and Drama Teaching from the Royal Academy of Music. She worked as an actor for several years, focussing mainly on new writing, and was one of a core of actors working with members of the Writers’ Co-operative to develop new plays. As a founder member of the mid-80s devising company Manic Misfits, she was in the first production to inaugurate the Theatre Tent at the Glastonbury Festival. Mary was a member of the Artistic Advisory Committee of Shakespeare’s Globe, and with Manic Misfits went on to produce theatre events and site-specific performances on behalf of the Globe during its planning stages. She continues to work with the Globe’s Education Department as a Learning Consultant, developing strategies for teaching performance skills which are practical, text-based and draw on early modern theatre practice. Mary used her experience during the planning stages of Shakespeare’s Globe as the basis for her research MA: The Cultural Positioning of Shakespeare’s Globe from Wanamaker to Rylance. She is an Associate Lecturer at Kent University, teaching Shakespeare at under-graduate and post-graduate level, as well as courses in Modern Theatre and Dramaturgy. Directing/ devising/writing work includes: Dancing in the Dark: the Hammersmith & Fulham Community Play. (Artistic Director) Macbeth in the Park: a promenade production involving 60 school students, which took place on a series of linked historic sites in Scotland (ancient oak grove, ruined castle etc). A Palace for Dogs and The Dreadful Death of Davie Dewar: two plays (one professional production and one promenade piece involving school students) based on the archived correspondence of the architect William Adam and his patron the 4th Duke of Hamilton. (They were performed on the estate which was the subject of the correspondence). Sybil: stage adaptation of Disraeli’s novel. Marlowe v Marlowe: Philip Marlowe investigates the death of Christopher Marlowe: a play designed to support a workshop programme on early modern theatre.