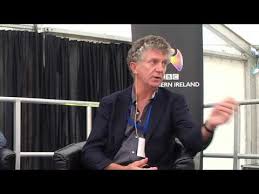 I have lived and worked in Edinburgh as Sir Richard Lodge Professor of History since 2004. Before arriving here, I studied Modern History at Corpus Christi College and Nuffield College, Oxford, where I completed a D.Phil. in 1986. I was a British Academy Post-Doctoral Fellow between 1986 and 1988, and was Lecturer in Modern History at University College Dublin between 1988 and 1991: in 1991 I moved to Queen’s University Belfast, where I was Professor of Modern Irish History. In 1996-7 I began a close and ongoing connection with several US universities when I spent an academic year as John Burns Visiting Professor at Boston College, Massachusetts. I was Head of the School of History, Classics and Archaeology at Edinburgh for nearly four years (2010-13) and have recently served as Dean of Research and Depute Head of the College of Humanities and Social Science. My research has been supported by three major national awards – a British Academy Research Readership in the Humanities (2000), a British Academy-Leverhulme Senior Research Fellowship (2009) and a Leverhulme Major Research Fellowship (2014). In 2014 I was elected as an Honorary Member of the Royal Irish Academy and in 2015 I was elected as Member of the Academia Europaea.