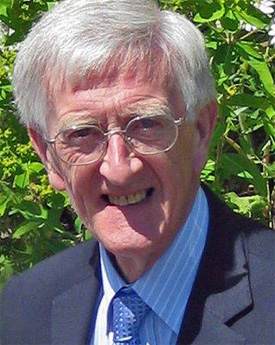 Professor Evan's academic career began as a lecturer at Stirling University (1969–71). He has been at Lancaster University since 1971, being successively lecturer, senior lecturer and reader. He became Professor of Social History in 1985. He was an office-holder of the Social History Society from its inception in 1976 to 1998, serving as the Society's Chairman from 1991-98. He is now Honorary Vice-President. Recent publications include The Shaping of Modern Britain, 1780-1914 (Pearson, 2011), Sir Robert Peel, Statesmanship Power and Party (2nd ed., 2006) and The Forging of the Modern State: Early Industrial Britain 1783-1870 (3rd ed., Longman, 2001). He is also interested in curriculum development and assessment. He was Chief Examiner and Chair of Examiners in History for each of the three major English GCSE and A-level Awarding Bodies. He was Chair of the Arts & Humanities Research Board's History Postgraduate Awards Panel from 2000 to 2005. He was elected a Centenary Fellow of the UK Historical Association in 2006. He is also a Fellow of the Royal Historical Society and the Royal Society of Arts. He was awarded a National Teaching Fellowship by the Higher Education Academy in 2004. His hobbies include music and cricket.

Why did Churchill become Prime Minister in 1940?

Churchill as a war leader

Key Concept - A People's war? What were Britain's real war aims under Churchill?

The era of Conservative political domination after 1951

Labour in opposition and power to 1970

Economic policies of the Thatcher governments and their impact

Thatcher and the Trade Unions

The fall of Thatcher

Key Concept - The Fall of Thatcher

The government of John Major and its defeat 1997

Britain's position in the world and relationship with the USA

Key Concept - Britain and the World