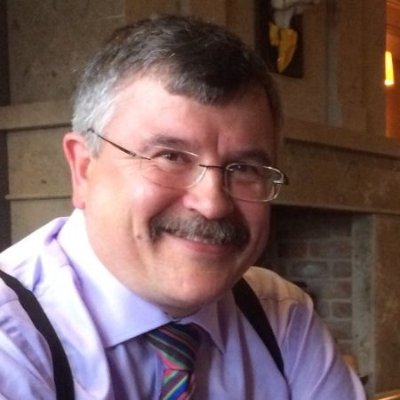 Stephen C Horsman – June 2017 Stephen taught in mainstream Secondary comprehensives from September 1983 to December 2011, teaching mainly Religious Education, but also Music, Drama and History. Stephen has taught both Girls and Boys, 11-18 years, at KS3, 4, 5 (Both General Religious Education and A Level Religious Studies), always with very good outcomes. He has been a Head of Religious Education, a Head of Music and an Assistant Head Teacher with a variety of responsibilities including organising cover for absent colleagues, school timetable, behaviour management, teaching and learning, liaison with outside agencies such as the LA and the Press, and the line management and performance management of many colleagues and departments. In addition, Stephen’s responsibilities included preparation of schools for Section 48 inspections and the preparation, writing and presentation of whole school policies. Stephen also spent a number of years as a GCSE Examiner NEAB Religious Studies. As Assistant Director of Education in the Diocese of Westminster, Stephen represented the Diocese on many bodies diocesan, nationally and internationally. His responsibilities included writing and representing diocesan policies to schools and colleges; the promotion, the well-being and the religious, moral and social education and formation of pupils, staff and governors in Catholic schools. He has worked with national bodies such as National Board of Inspectors and Advisors (NBRIA) and the CES for the furtherance of Catholic education on areas such as examination reform. Stephen planned and executed CPD programmes of education and formation for all involved in Catholic schools and assisted in its delivery. He also worked with Local Authorities to assist schools causing concern or vulnerable to enable such schools to move from a category or RI to good and onwards to outstanding; he represented the Diocese on various senior and middle management appointments and has carried out Section 48 inspections. Stephen has delivered extensive in-service training for Head teachers, Deputy Head teachers, Assistant Head teachers, Middle leaders on many areas including the distinctive nature of Catholic education; what it means to be a leader in a Catholic school for Senior Leaders, Governors and Middle Leaders and training on Section 48 canonical inspection. He has led on a programme of leadership courses for colleagues who are aspiring Assistant Head teachers to aspiring Head teachers, and for those aspiring to middle and senior leaders and headship; and a programme of development for NQTs. In addition, Stephen has led on induction training for Foundation Governors of Catholic Schools; for new Chairs of Governors of Catholic schools; and various areas of school governance including Head teacher appraisal, appointment of staff, succession planning and the recruitment of Foundation Governors. Stephen has also taught Modules on the Catholic Certificate for Religious Studies, lectured to PGCE students on Section 48 Inspection process, and delivered a Bi-Annual key-note to Catholic Australian Principals as part of their six week sabbatical organised by Leuven KU – Title: The Challenges facing Spiritual Leaders in Catholic Schools and Strategies to Manage Them. Stephen has been involved in editorial work for TERE at KS3 and continues to work with NBRIA on the People of God KS3 framework. Further, he works as a project manager for hcpt education, on a project about pilgrimage, which involves schools, cross-phase and special, across England, Wales and Scotland. He has had various articles published, most recently: On Being a Spiritual Leader in the Modern Catholic School in Education, Universe Media Group Ltd, February/March 2017. Outside of education, Stephen is a musician. A classically trained singer, he also plays piano and organ and relaxes by composing liturgical works.