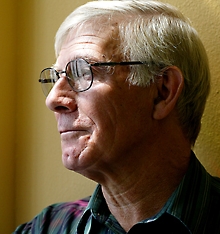 Stephen Prickett is an honorary Professor of English at the University of Kent at Canterbury, and Regius Professor Emeritus of English Language and Literature at the University of Glasgow. Born in Sierra Leone, and educated in Canterbury, England, he took his BA at Cambridge (Trinity Hall) and a Dip. Ed. at Oxford (University College), before going to Nigeria to teach from 1963-5. He completed his Ph.D. in Cambridge in 1968. From 1967 to 1982 he taught at the University of Sussex, before moving to the Chair of English at the Australian National University in Canberra (1983-89). From 2003-2008 he was Margaret Root Brown Professor for Browning Studies and Victorian Poetry, and Director of the Armstrong Browning Library at Baylor University, Waco, Texas. Other posts include visiting professorships at Smith College, Massachusetts (1970-71) the University of Minnesota (1979-80), Aarhus University, Denmark (1997), the National University of Singapore (1999) and Duke University, North Carolina (2001-2). He is a Fellow of the Australian Academy of the Humanities, Fellow of the English Association, former Chairman of the U.K. Higher Education Foundation, former President of the European Society for the Study of Literature and Theology, President of the George MacDonald Society, and holds an honorary doctorates from the University of Artois, in France, and the University of Bucharest, Romania.