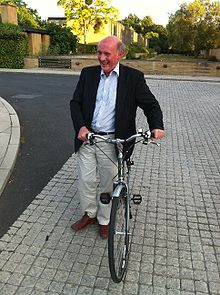 Richard taught American history at the University of Sheffield (1971-2002) where he also served as Dean of the Faculty of Arts. In 2002 he was appointed Rhodes Professor of American History & Institutions at Oxford University and a Fellow of St Catherine's College. Elected President of Corpus Christi College, he assumed office in January 2010. He is also a Pro-Vice-Chancellor of the University.

Why study the USA in the C19th?

Why did Americans ‘Go West’?

What was the impact of Westward Expansion on the USA?

How did the situation of Native Americans change in the years 1803-1860?

How did the situation of Native Americans change in the years 1860-1890?

What were the reasons for the destruction of Native American society?

How sectionally divided was the USA in 1850?

Why did sectional tensions grow in the 1850s?

The failure of compromise and the outbreak of war 1860-61

The leadership & war effort in the Confederacy (South)

The leadership & war effort in the Union (North)

Why did the Union win the Civil War?